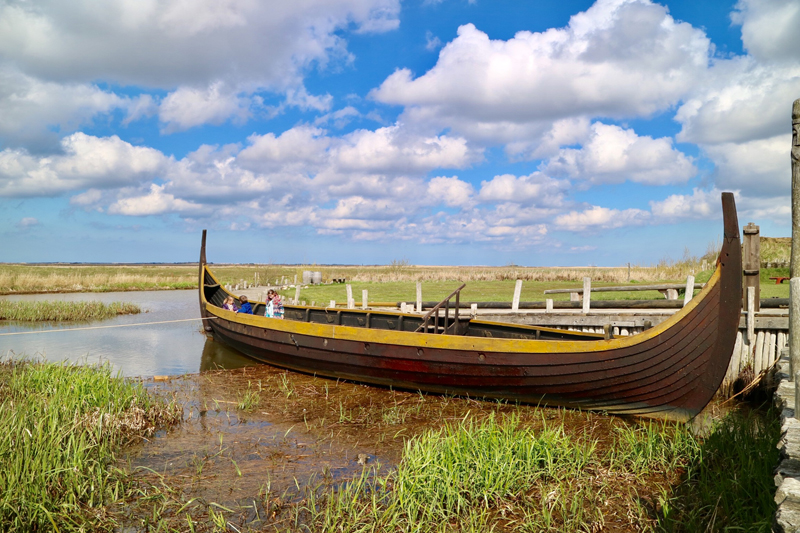 Thanks to Hiccup of the movie How to Train Your Dragon, my children have developed a healthy interest in Vikings. However, this has become a bit of a romanticised version of the Vikings. After a visit to Bork Vikingehavn in Hemmet (Denmark), the shock was quite intense. Were children really offered to the Norse Gods and Goddesses?

The Vikings of Denmark

During a visit to Bork Vikingehavn you will travel back in time. When you visit the park together with a guide, you will learn a lot about the Vikings. In the park is simulated how the Vikings lived and perform rituals. You can explore the reconstructed Finch houses and the famous longboats. With a little imagination, my children experience how the Vikings lived about 1000 years ago. Their fantasy is nourished by the fact that they can dress up as real Vikings, this is the perfect trip to get to know the Vikings better.

Before most Vikings became Christians, they had their own faith, also known as Nordic Mythology. Nordic Mythology has almost the same gods as Greek, Roman, Egyptian and Germanic mythology. The fact that children and slaves were sacrificed for the gods was, of course, very shocking news. Especially for children, because who would do such a thing?  But the Vikings are not only known for their brutality, they were also very good negotiators and builders. They were real sailors and they went on a lot of voyages of discovery in their longboats. From Bork Vikingehavn the Vikings could sail through the shallow waters of the North Sea with their longboats. But they did not just stay in the North Sea, the Vikings travelled all over the world, they even reached Canada.

The museum of Bork Vikingehavn

When you enter Bork Vikingehavn, you will find yourself in a small museum shop, where you can buy souvenirs. Bork Vikingehavn is an open-air museum about Vikings where children can interactively learn and experience more about the Vikings. Playing and learning come together in this museum. Like on the large field where the children (and playful adults) can play real Viking games.

The opening hours of Bork Vikingehavn vary according to the season. The same applies to the extra activities on offer. Bork Vikingehavn is open from 11:00. Closing times vary between 16:00 and 17:00, and in autumn the park is occasionally open in the evening. For the exact times I advise you to check their website before you visit the park.

In the summer months of July and August there are many extra activities. You can shoot with bow and arrow, make Vikings jewelry or bake Vikings flat bread.