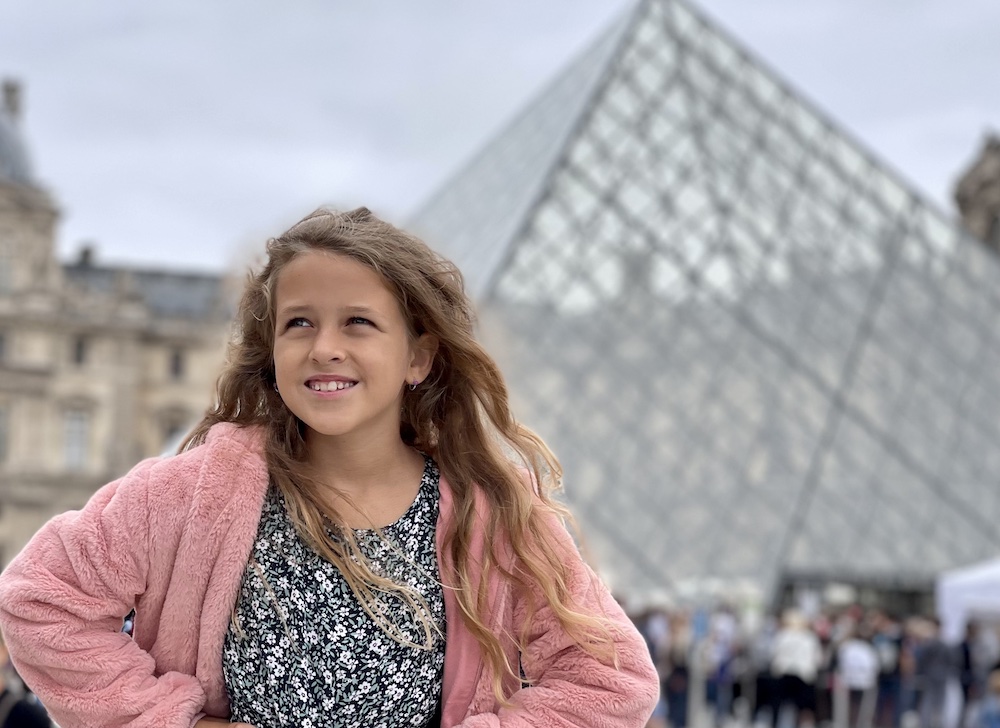 Paris is a fantastic city to visit with children! The city has very recognizable sights. Children may recognize them from the popular series Miraculous. This series with Ladybug and Cat Noir takes place in the city of love. The popular sights of Paris are also regularly seen in the series Miraculous. And what is more fun for children than to follow in the footsteps of Marinette, alias Ladybug? We picked out the most important Miraculous spots in Paris together with the kids. And we actually visited them, so we could do a real Miraculous tour through Paris.

Miraculous in a nutshell: When Paris is in danger, Marinette turns into Ladybug. But she does not know that Adrien, whom she is in love, is also saving cities as the superhero Cat Noir. Available on Netflix and Disney+

Every time we travel through or to Paris, my kids and I have a contest of “who sees the Eiffel Tower first”. You simply cannot avoid the most famous symbol of Paris. The 324 meter high iron tower, which was once (1889) made for the World’s Fair and was actually going to be torn down after 20 years, is there and is not going away. In Miraculous, the Eiffel Tower is featured every episode. It is even Marinette’s favorite monument. And after multiple attempts by “akumatized” villains to tear down the tower, the Eiffel Tower proves indestructible in the series as well.

Besides being such a recognizable sign for children, the Eiffel Tower also has something magical. Especially when it shows off its lights in the evening.

Trocadéro is located opposite the Eiffel Tower and across the river. From the square you have one of the most beautiful views of the Eiffel Tower. In Miraculous, this is where Marinette likes to meet up with friends and get inspiration for designing her new outfits. But a number of battles have also taken place here, including with the akumatized Mr. Pigeon.

The best bakery in Paris is of course the bakery of Marinette’s father. This bakery actually exists and is called Boris Lumé Boulangerie. Boris Lumé Boulangerie is not completely copied, but was used as inspiration for the bakery in the series. For a Miraculous tour of Paris, this is an absolute place to go and get some sweets. Only, unfortunately, they don’t have the famous macarons (anymore).

My kids recognize the Louvre immediately when we visit this attraction during our city trip in Paris. At the Louvre, the museum with the famous glass pyramid, there have been quite a few fights in Miraculous. Copycat stole the famous Mona Lisa from this museum and Ladybug fought together with Cat Noir against the Pharaoh at the Louvre. In real life, the glass pyramid is the main entrance to this immense museum in Paris.

Between the Louvre and the Place de la Concorde, you will find Jardins des Tuileries. This garden with fountains and many sculptures, is also regularly seen in Miraculous. The fight with a super villain, who makes up for lost time by stealing it from Parisians, takes place here.

The Luxor Obelisk is the Egyptian pillar that shines in the middle of the Place de la Concorde. It was once a gift to France from Muhammad Ali of Egypt. In the Miraculous series, Ladybug chops off the tip of the over 3,000-year-old Obelisk. But hey, she did that to save Paris and fortunately she also had a miracle cure to glue the tip back on.

I can find so many fun facts about the Arc de Triomphe to tell the kids. But we are doing the Miraculous tour of Paris and so the kids tell me about what happened at the Arc the Triomphe in Miraculous. Here, among other things, Vincent akumed to a villain and terrorized the Champs-Élysées.

The Seine, which runs right through Paris, is also regularly the setting for the many adventures of Ladybug and Cat Noir in Miraculous. My daughter knows that there must be a love bridge with locks somewhere across the Seine, but unfortunately the locks were removed from the bridge in 2015. If you would still like to hang a lock on a fence, we can refer you to the Sacre Coeur, because there we have spotted a fence with locks.

And last, but certainly not least of this Miraculous tour, we visit Notre-Dame. We can only see Notre-Dame from the front. On April 15, 2019, the nearly 1,000-year-old cathedral caught fire and it will be some time before it reopens to visitors. The Miraculous series features Notre-Dame in several episodes, so this is another recognizable Miraculous place in real life.